"McCarthy...turns in crackling comic performances. McCarthy's Bob Acres is a broad figure of fun, loaded with curious mannerisms of voice and body..." --The Portland Oregonian
​
"...standouts include a great physical comedian Mark McCarthy as 'Fighting Bob Acres'..." —Our Town

"Brady and McCarthy are show‑stoppingly funny." —The Daily Camera

and independent films. His voice-over work includes audiobooks (one of which boasts over 100 characters), and campaigns for Burger King, Verizon, Peerless Faucets, Culligan Water, and McDonalds.
​
​He coaches dialects of the American south and north, the British Isles, and Western Europe. He can also assist in dialect reduction. 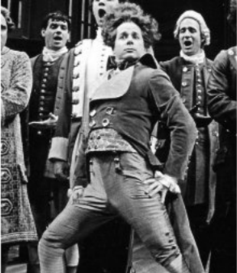 "...some brilliant physical comedy."
"...Mark McCarthy plays the writer’s namesake, Jeffrey, as well as the four other children in the etiquette class, with an elastic, buoyant verve."
"McCarthy had many moments where he genuinely captured the essence of a 10‑year‑old boy, so much so that we forgot now and then that we were watching an adult actor." ‑‑ Lincoln Journal Star

​​"...the best performances of the evening may be be provided by Mark McCarthy in three wildly diverse roles..." --Kansas City Star​ 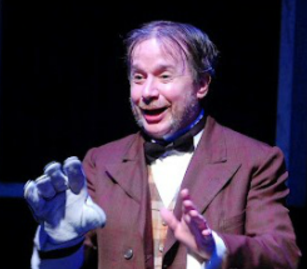 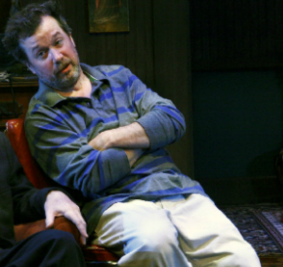 "Ivan (played with delicious detail by Mark McCarthy) ...has really created such a delicious character whose body language is filled with energy..." -- Catskill Chronicle

"...the highlight portrayal is that of Mark McCarthy as Ben Hecht. McCarthy's look of disbelief and his understated delivery makes him a very convincing Hecht. ...a laugh riot." —Southtown Star 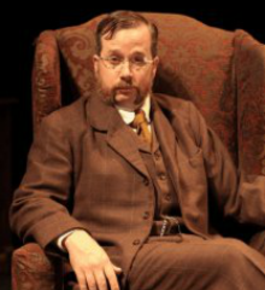 As an actor, he specializes in the great Shakespearean clowns.  He’s played Dogberry, Grumio,              Tranio, and Touchstone among others.  He's played hapless peoples in several cheesy TV movies 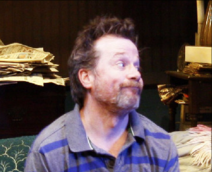 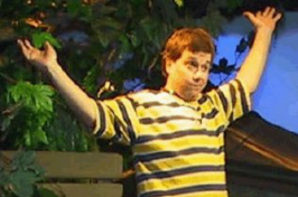 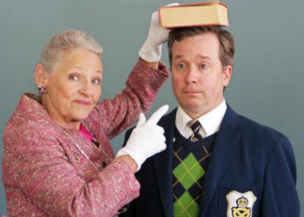 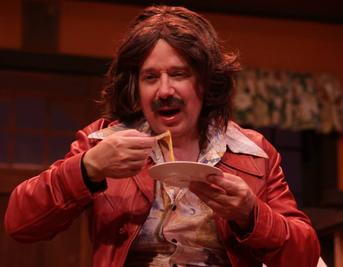